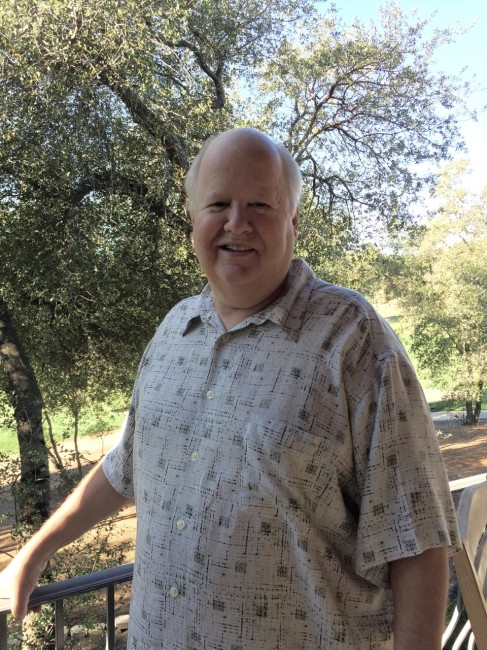 “We’re really excited that Bob will be honored for all the volunteer work he’s given the community over the years by being our Grand Marshal this year,” said Candy Myers, president of Angels Camp Business Association. ACBA annually hosts the parade and the Angels Holiday Open House the Saturday after Thanksgiving.

Born and raised in San Francisco, Menary enlisted in the United States Coast Guard for four years. Of the various places he served in the United States and abroad, he remembers his time in Viet Nam the most. After his service in the Coast Guard, Menary worked in the electrical industry as a wireman, foreman and superintendent for major construction companies. As a licensed State of California Electrical Contractor, he ran various jobs with his business, Menary Electric, in Alamo, California.

Bob retired in 2005 when he and his wife, Jacki, moved to Angels Camp. “We heard an advertisement on KGO radio about Greenhorn Creek, so Jacki and I went to check it out,” he recalls. “We loved it then and we love it still.”

After serving his country, Menary continues to serve his communities. “I have been active all my life and still am,” he said with pride. He has been the Potentate of the Aslya Shriners, is Emeritus member of the Shriners Hospital for Children, past Executive Director of the East West Shrine Game and Emeritus Chairman of the Walnut Festival Association. In addition to chairing the Angels Camp parade for the past eight years, Menary was president of ACBA for three years and is the facilitator for the Greenhorn Creek Advisory Board. He sat on the Calaveras County Grand Jury for two years and was the Grand Jury Foreman for one year.

“It’s an honor to be the Grand Marshal in this year’s Angels Camp Holiday Parade and I thank the Angels Camp Business Association for selecting me,” he shared. “One of my goals has been to serve the communities where I have livedbyassisting with their goals, helping to build their businesses and supporting their families.”

The theme for this year’s holiday festivities – “It’s a Wonderful Life in the City of Angels” -honors the epic Christmas movie with silver bells as its decorative focus, mirroring the movie’s quote – “Every time a bell rings, an angel gets their wings.”

The Parade of Lights commences at 5 p.m. at St. Patrick’s Church, 820 S. Main St., showcasing a wide range of entries. Awards for parade entries will be presented in the following categories: best float, vintage vehicle, horse group, musical group, school, business, individual and other. Entry fee is $10 and forms are available online at angelscampbusiness.com or by calling the ACBA office, 736-1333. After the parade Santa will hear children’s wishes on the porch of the Calaveras Visitors Center with photo opportunities.

During the Open House Main Street merchants will be offering a number of special discounts starting at 4 p.m., as well as festive treats, beverages and tastings of local wine. The holiday ambiance is enhanced with caroling and performances by Mountain Melody Women’s Choir. Caroling begins at 4:15 in front of the Visitor’s Center and the City tree will be lighted there at 4:30 p.m.

“Come early,” advised Myers. “We have several food vendors that will be serving before and after the parade including Old School Pie serving their famous pizzas and Johnny’s Food Truck. Our local Girl Scout Troop will be selling cups of hot chocolate.”

For more information on this celebrated holiday event, visit angelscampbusiness.com or call the ACBA office at (209) 736-1333.